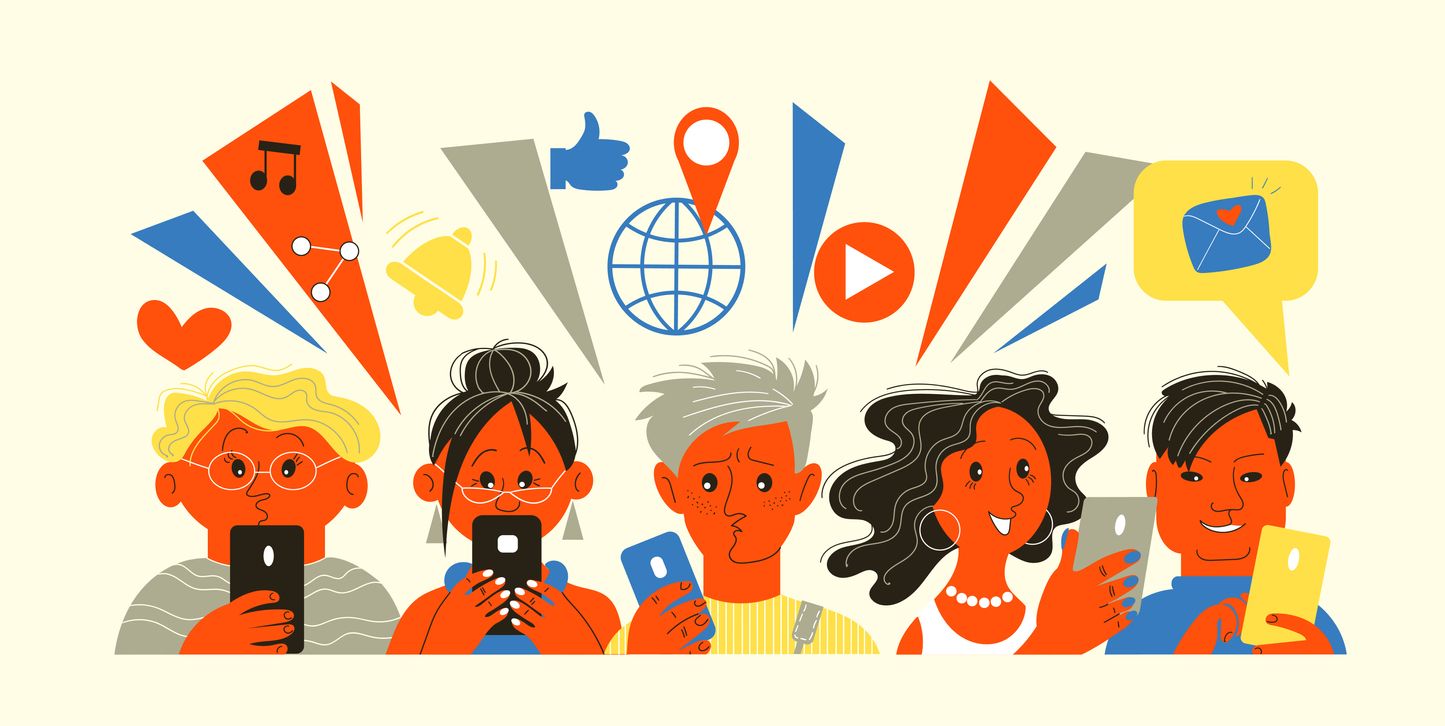 Ads Mediation: Monetizing Impressions, Fuss-free
By Amir M. in Ads Mediation
January 27, 2022
Ads mediation is an indispensable method for maximizing your profit from in-app advertising. In this guide, we walk through the different ads mediation options you can choose from and examine the pros and cons of each.

Ads are an obvious way of boosting your app’s revenue. But maximizing your profit from in-app advertising is a complex task. That’s precisely where ads mediation comes in handy. There are, however, different methods of mediation, each with its pros and cons. 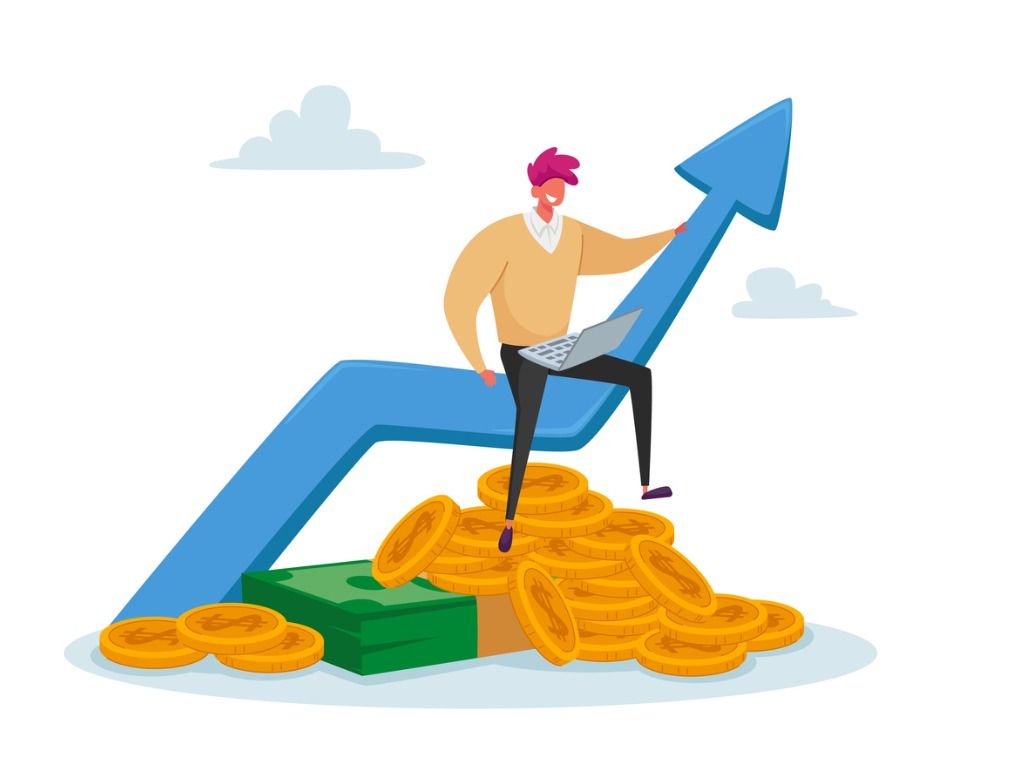 In this article, we will look at the benefits of using a mediation layer for ads management, and guide you through the available options, so you can make informed decisions.

What the whole fuss is about?

Managing ads is making sure everything ‘clicks’ in your app. This means integrating an SDK from the ad network that supplies the ad, using either integrated development environment (IDE) software or native code.

Your app will first need to be approved by the ad network for the SDK to be activated. The SDK will then collect user data, monitoring their location and their activity within the app, and communicating with the ad network. In addition, the SDK will run testing on the app, scanning for fraudulent activity. As ad networks grow, they become more and more vulnerable to low-quality and non-human traffic, which makes SDK testing and the transparency it ensures the most reliable system.

The ad network will evaluate your app’s traffic value and assign best suited campaigns accordingly. At the same time, advertisers within the ad network measure their performance with each app, and can both request more of your traffic and refuse (block) it, if it doesn’t measure up to their KPI. Finally, the app owner can set their minimum price at which their traffic can sell, meaning that not every advertiser’s bid will be approved.

All of this amounts to a highly complex supply-demand dance—or more like the tango scene from The Scent of a Woman, as Al Pacino’s character in the movie is blind, just like the app owner. Traffic scores don’t need to be revealed, and the app owner can’t see their score with each advertiser.

A way out of this pickle is eCPI, or effective cost per install, which is offered by most ad networks. In this model, the app owner will receive higher payments for traffic when the advertised product or service is installed. Thus, it allows both media sellers and buyers to reap profits once they reach an established KPI.

That said, the app owner may not be satisfied by the eCPI value which is set by the ad network based on that network’s algorithm. This means that the publisher will look for other ad networks which might offer a higher eCPI. And here’s where things get tricky…

**Every ad network you work with comes with the network-specific SDK, which has to be integrated into your app. Each SDK will make calls to its ad network’s ad server. **Having multiple ad network SDKs helps you maximize your fill rate, ensuring you that no impressions are left unsold. But it also consumes your management capacity, as you have to log into each network’s reporting systems to collect data on your revenue. While this data is extremely useful and keeps you informed about your user groups, their geographies, app behavior and more, extracting and monitoring it across different ad networks is complicated, hard work. Ads Mediation does that work for you.

As the name suggests, ads mediation serves as an intermediary between your app and all the AdNetworks SDKs it’s using. Put differently, it’s a set of tools that link your app with multiple ad networks, helping you maximize revenue from ad display. So, you may want to ask, how does it work?

In the system that dominated programmatic media sales until recently, available impressions are offered to a list of ad networks one after another. The order in which ad networks are approached is determined by the app owner and the ranking parameters they set. Typically, publishers look at the average historic yield that the network has produced for them: the first ad network to respond to the inventory on offer with a satisfactory bid wins. When there is no bid, or it does not meet the minimum established by the publisher, the inventory is passed down the list of ad networks in a process known as waterfalling or daisy-chaining.

The waterfall approach to ad suppliers is straightforward and gives publishers a considerable degree of control over their advertising sources. It isn’t perfect, however. The average historic yield need not equal the highest bid. The potential highest bidder might be too low in the daisy chain to get a chance to bid. This means the publisher is losing money.

In order to level the playing field and enable app owners to get the most out of their impressions, a different auctioning model has been implemented. Header bidding is increasingly the go-to procedure of ads mediation. Rather than contacting ad networks one by one, the mediation layer auctions off the available inventory to the highest bidder.

The benefits of header bidding are clear: you maximize your ad revenue in a shorter and more even process, as different ad suppliers bid simultaneously. Header bidding also saves you time and effort because it functions with a single SDK integration. You can determine the floor price and the maximum time for bidders to respond, but the set-up is minimal and the decision-making for each impression is greatly facilitated. Increasingly, a central server is used to send out requests to demand partners, which further reduces latency issues that tend to arise in client-side header bidding. The server-to-server header bidding eliminates the need for publishers to establish multiple connections to servers on the demand side. It also operates better with rich ad content which takes more time to load.

**Yet header bidding is not without its own problems. It increases the distance between the ad network and the traffic supply. **The ad network has less knowledge about the traffic they purchase, while the app owner exercises less control over the ads displayed on their app. In server-to-server bidding, the publishers are given zero transparency about buyers and they cannot decide between them. Meanwhile, advertisers have to be more cautious about new sources and the risk of buying bad traffic, which translates into decreased spending.

Now that you know…

As you can see, in-app advertising is all about weighing the pros and cons of the available options. Ads mediation saves you a lot of work, so you can focus on more important things. But it, too, can have upsides and downsides. Your job is to be aware of them, keeping an eye out for changes in the market, and to make decisions backed by trusted information.

Now after we lay a lot of groundwork and know more about ads, let's crunch a bit of numbers. In general Ads revenue increase follows two main charts : Scale and Quality . Both of them can work together , but at least one of those two parameters needs to scale for success . As quality is harder to measure as it directly relates to matching the app content and the right ads, as mentioned above publishers have little control over which ads are displayed in their app we will focus on scale.

In general 100K impressions per day can start to generate a baseline revenue and start to matter in ad network matching algorithms. The app developer needs to ask himself how many ads can I show during a session ? Would the ads generate churn ? Is the app usage incentivizing users to watch ads ? Those questions are important to determine the user amount needed per day to generate ads impressions.

The daily users will be the new users that install the app today and returning users , so those numbers need to be clear as it directly determines the budget for user acquisition and app investing development to improve the retention rate.

Once those decisions are clear and answered a developer can design the app and build the right incentives for retention and ads in order to predict the ads impressions amounts.

For app developers the most important indicator is the retention rates as this ensures a solid growth over time with lower spending on user acquisition that increase the revenue from the users sessions.

Ads mediation is an indispensable method for maximizing your profit from in-app advertising. In this guide, we walk through the different ads mediation options you can choose from and examine the pros and cons of each.